Originally published in the Manchester Journal on Feb. 14, 2018. 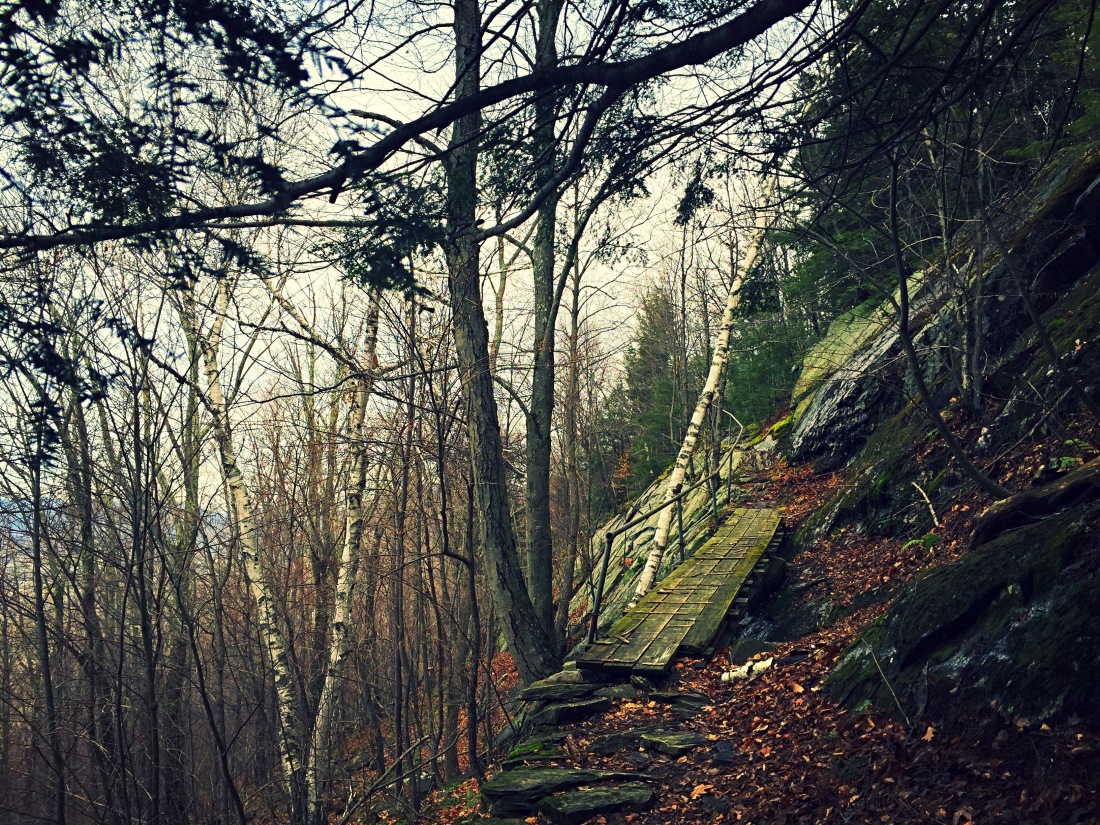 Feb. 23 fundraiser will support the Green Mountain Club’s caretaker program, whose funds have decreased over the last decade.

STRATTON — Hugh and Jean Joudry have spent the last fifty summers atop Stratton Mountain, and the couple — now in their seventies — aren’t planning to descend any time soon.

While their tenure at the mountain’s summit began through the State of Vermont’s Fire Watch program in 1968, the two have watched over the peak as Green Mountain Club caretakers since the 1970’s. Over the last decade, however, funding for the Joudry’s and other caretakers along the Long Trail and Appalachian Trail has begun to decline  — as the amount of hikers passing through continues to increase.

“We’ve always worked on top of Stratton Mountain,” said Jean Joudry. “In the early years we saw very few people; almost no one. Last year we saw over 8,000 hikers.”

Those hikers have an ecological impact, she says, and caretakers are often responsible for providing education on “Leave no Trace” practices, conducting basic trail and campsite maintenance, and leading backcountry waste management.

According to GMC’s Manchester Section Director Marge Fish, many of the trail’s ponds and summits can be denigrated by the unregulated camping that occurs without caretakers like the Joudry’s.

“We’ve been able to move camping away from the pond edges, which got denuded with people camping wherever they want, and that took a good 10 to 15 years to build back up,” she said. “Up north, where the alpine vegetation grows maybe a quarter of an inch every hundred years, that can be crushed in a minute by campers who are unaware.”

“Caretakers serve a really critical role, because they are at the front lines of interacting with the public and protecting the trail,” said GMC President Mike DeBonis. “One of the great things about the AT and the LT is that they’re free and open for folks to enjoy, but there’s still a cost associated with providing and managing that.”

Without full funding, Fish says, many caretakers — like the Joundry’s at Stratton Mountain and others at Stratton Pond, Griffith Lake, and Little Rock Pond locally — will often work shorter seasons despite heavy traffic, and some sites may lack caretakers all together.

Past season’s have run from Memorial Day to Columbus day, she says, but the 2017 season only stretched from Independence Day to Labor Day; with some sites like Griffith Lake lacking caretakers altogether.

Though the bulk of the $60,000 program in the Green Mountain National Forest has historically been funded by the U.S. Forest Service, says Fish, those numbers have declined over the last decade, largely due to shortages in the Forest Service’s own budget.

“They have been trying really hard to come up with at least some of the money,” Fish acknowledged. “This year we were told that the Forest Service’s funding could be chopped off at the knees, which is not a surprising thing out of this government.”

According to Public Affairs Officer Ethan Ready, of the U.S.F.S. Green Mountain National Forest, federal funding for the Forest Service remains unclear, though he notes that a large portion of that budget is dedicated to fire prevention and management.

Still, the local branch continues to work with a number of private and nonprofit partners — like the GMC —  to manage the approximately 900 miles of trails within the 400,000 acre Green Mountain National Forest. Many of these organizations, in turn, rely on the Forest Service for funding he says.

“We don’t have hard numbers for the coming fiscal year, which is one of the things that makes this so challenging,” Ready said, noting that 2018 Town Meetings will also decide funding from local governments. In 2017 approximately $23,000 was allocated to the GMC’s caretaker program in a cost-sharing agreement, he said, and a similar allocation is expected for 2018 though the “long term financial support of the program is unknown.”

“The Long Trail caretaker program has and will continue to be a program that we will try to actively support financially and otherwise this fiscal year and in the years to come,” he said. “I think that the Green Mountain Club and the Forest Service can agree that this trail system is one of the most magnificent in the country, and we’re both working to support our caretakers.”

For the 2018 season, the Green Mountain Club is still in need of approximately $24,000 to fund the caretaker program, according to Fish. The future costs of that program could also rise, she says, if a $15 minimum wage is enacted by the Vermont Legislature.

While funding for some sites is often provided by “partners,” like the local Stratton Mountain Resort whose gondola brings even more explorers to the summit throughout the summer, private donations account for an increasing percentage of the program’s funding.

Often those donations are solicited at the grassroots level, says DeBonis, who notes that the GMC continues to seek out creative fundraising methods. On Feb. 23, for example, Stratton’s First Run Ski Shop will host a soiree alongside Long Trail Brewing, Osprey, and Smartwool in an attempt to bolster those donations.

“It’s during President’s week, and the resort is going to be busy, so it’s a good opportunity to raise some awareness,” said Store Manager Tom Kajah, who first met Hugh and Jean on the trail. “As an avid hiker I want to help keep the program going; it’s a vital part of maintaining the trail and educating hikers.”

“We need that support to keep everything functioning, as well as the volunteers and staff,” added Joudry, who will be in attendance at the fundraiser alongside Fish. “The GMC is the little club that does fantastic things.”

Though the caretaker’s work is not glamorous, she says, it is critical to the forest’s habitats and trail systems. Describing the last fifty years as a “labor of love,” Joudry acknowledges that it’s not just the ponds and vegetation that benefit.

“For us, I guess it became a way of life,” she said. “It’s a little bit different now, we have so much company, but you also have those moments of peace and quiet. It fit my vision of what I wanted in life.”